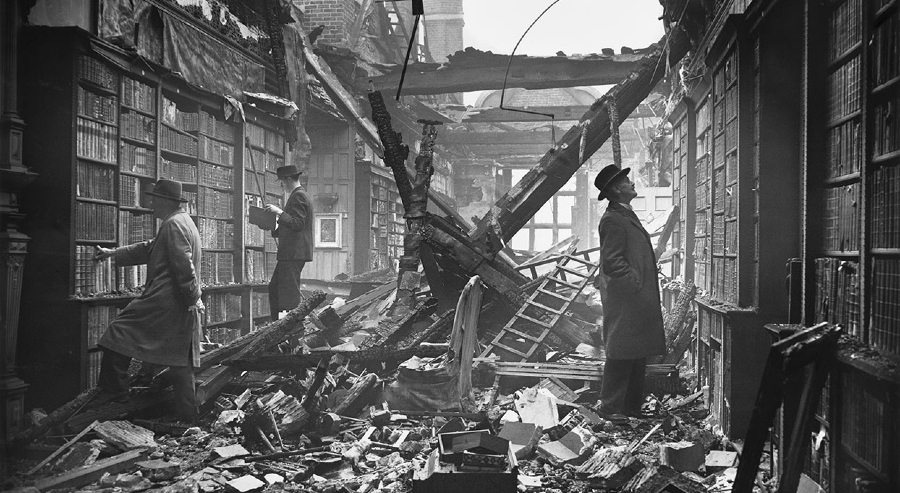 In a certain sense, I fucked up, I absolutely did.

Last year, I observed that time was, well ... not running short quite yet, but growing more precious with every passing week. Yet I spent so much of my limited free time in 2021 re-reading books, retracing my steps, rethinking my assumptions. It was an indulgence, surely, but none of it was a mistake.

I have been rethinking a great deal because human history is at a remarkable and fluid juncture. I have shed dozens of ideological infections over the course of my life and I aim to survive many more in the years to come. We are absolutely blessed to be alive to witness all this tumult, even if most of us here in The West spend our time merely scrolling through it. Don't worry: that won't be the case for much longer.

So much has happened, so much has changed, and almost none of this comes to bear on my picks for 2021. These are just good books. I'm working on some essays and hell, I might even post them. Otherwise, check back in 2023.

Timescale, Nigel Calder. Nothing less than an attempted reframing of the sum of human knowledge and history. I am unable to recall what inspired me to buy a mint first edition of this strange, incredible book, but once I finally unwrapped it, I was engrossed to the point of obsession for a solid week. It affected me in ways I will not understand for years. I keep this close and return to it regularly.

Revolution and Improvement, John Roberts. The Triumph of the West is one of the finest uses the television medium has ever been put to, so the companion hardcover is of course superb. I also picked up this oddball slice of history and it was perhaps even better. Roberts takes the timeline between 1775 and 1847 as a canvas for the joyful demolition of linear historical narratives. I believe the kids call this "problematizing." Surveying the intrigues of revolutions and kings, Roberts sets them against documentary evidence for how little the regular lives of normal citizens were affected by them.

The Measurement of Reality, Alfred W. Crosby. Discovering Crosby's work hugely enhanced my summer, I reckon I tore through most of his catalog. Children of the Sun was his most accessible, The Columbian Exchange was the most rigorous, but I think I enjoyed his examination of the West's relationship with time and space the most. Those of you who love the televised explorations of James Burke will find much to enjoy in this sprawling but concise brief. That said, I recommend everything he's written, although I haven't gotten around to Ecological Imperialism yet. That will show up on next year's list, I'm sure.

Mirror Worlds, David Gelernter. I was very late to this '91 manifesto but in many ways, it abides outside of time. He foresaw the inevitability of computer simulation models approximating 1:1 parity with the real world, and being able to update those models in real time. "Approximating," of course, does some heavy lifting here, but human history is very clear that long-term bets against ambitious technological projects are losing propositions. GPS is a good indication of where AGI is headed: "close enough, most of the time" is all you really need. Gelernter is admirably clear on the downsides, here, and his closing chapter is downright poetic.

The Mafia, CIA & George Bush, Pete Brewton. Last year, I was humbled by Machiavelli's Discourses on Livy, a title I was interested in for countless years and should have read far sooner. Brewton's masterpiece hit me the exact same way. One of the finest exemplars of first-person reporting in the annals of parapolitics, this represents a staggering amount of work. It's also a valuable case study in how intelligence operations leverage organized crime, both to finance themselves and establish plausible deniability. Far too much of the conspiracy corpus is assembled from mere citations, armchair theory bricolaged from the work of others. This is not that.

The Last Mogul, Dennis Macdougal. I ordered this back in 2018 as a supplement to Dan Moldea's Dark Victory. Having recently re-read both, I must concede The Last Mogul is superior in almost every way. This verdict is of course unfair since it builds upon Moldea's hard work, but Macdougal is a lifelong Los Angeles muckraking bastard, and understands Hollywood far better, both as a business and as a culture. Where Moldea's book was an expose with a moral bent, Macdougal is content to simply tell the story of Lew Wasserman's life and times, and yields a lot of strategic insights along the way. He sees his subject clearly; faults, warts and buried bodies aplenty, but he also has enough sense to respect him.

Cosmic Humanism, Oliver L. Reiser. Having lost track of this bizarre treatise in my last (and final) two moves, when I rediscovered it midwinter, I had to re-read it. I'm glad I did. One of the hidden foundational texts of the overlap between cutting edge science and batshit New Age ideologies, Reiser manages to exceed his reputation; at turns lucid, inspired, and demonically possessed. Reiser's vision is still alive and well today, animating both DARPA grants and transhumanist rhetoric. Few of his acolytes know he existed, and fewer still could ever write with such gusto.

Land Mosaics, Richard T.T. Forman. I have been reading this for three, maybe four years now. Being a textbook condensing Forman's entire career and the work of many of his students, this is every bit as dense as Oliver L. Reiser, though thankfully, with none of the schizophrenia. Land Mosaics examines patterns of ecologically successful human design and development, drawing on many cultures, eras, and disciplines. It is packed with insights and immediately actionable ideas. Highest possible recommendation for anyone in the permaculture and resilient transition space, land use policy wonks, or just hands-on autodidacts with some acres to play with. Anyone looking for clear answers and straightforward instructions will be disappointed; anyone else will find a bottomless well.

Bull! A History of the Boom and Bust, 1982-2004, Maggie Mahar. Several decades ago in 2010, I recommended What Goes Up, a rollicking oral history of the evolution of Wall Street. Mahar's book is a perfect counterpoint, covering the years of the Dot Com froth and implosion. Having spent decades covering the finance beat, her understanding and her rolodex are world class, even if her prose is occasionally painful. ("But the mania for Internet stocks turned out to be only the froth on the cappuccino.") Don't be dissuaded, Mahar is a savvy, sharp observer. Having spent too many years reading too many books on this subject, between Weiner's book and this one, you will learn a great deal and exert almost no effort doing so.

The World For Sale, Farchy & Blas. I have been reading their capable coverage of the commodity trading sector for years so I took the rare step of pre-ordering this puppy. It is incomplete, rough around the edges, and essential reading just the same. Part of that is simply because there are so few existing books on the subject, but the authors do cover most of the critical recent episodes and major players here. They were also fortunate to publish this just ahead of the dawning commodity supercycle that is about to reshape the world economy, so this will only get more timely with each passing month.

The Pursuit of Oblivion, Richard Davenport-Hines. The author is upfront about his opinions, splitting the sum of liberal (prohibition ultimately harms both addicts and society) and libertarian (prohibition is a policy failure that only creates a bigger market for illicit drugs). That book has been written many thousands of times. What sets Davenport-Hines far apart from the pack is the monstrous breadth of his homework. This is, first and foremost, a careful work of history. Even those inclined to disagree with his conclusions will still enjoy this fast-moving and well-read tour of a complicated subject.

Facing Reality, Charles "Chuckles" Murray. Perhaps I should explain this one in some detail, given the circumstances. This is an author best known for his 1994 co-publication The Bell Curve, widely despised as a primer on pseudoscientific racism by people who will never burden themselves with reading a single word of it. In fact, the book was mostly about the bifurcation of the American class system (into a "cognitive elite" and the rest of us serfs) and the corrosive effects that information technology & globalization would have on our domestic order. This is a theme that Murray further developed in his 2012 book Coming Apart -- which he graciously subtitled "The State of White America, 1960-2010," a nod to his infamy. It was a mess, but still interesting enough for me to cop his 2020 meta-analysis Human Diversity, which was almost comically dry and careful. So careful that it felt like the precursor to something else. My intuition was correct. Facing Reality is 125 pages of social scientific racism followed by 20 pages of notes. He decided to simply write the book everyone had accused him of all along. His point is very simple: different races, as groups, have different distributions of cognitive ability and different rates of crime, and both points have to inform any realistic public policy approach to improving outcomes for a nation composed of, well, different races. In this much, Murray and his critics agree: all politics is identity politics, despite the universal pretensions of representative democracy, and solutions to America's social problems will need to reflect these racial identities. I read this on my porch during the same span I read Ibrahim Kendi's How to Be an Antiracist and Robin DiAngelo's White Fragility. Kendi's book is far more instructive on our current lightweight zeitgeist, but neither was worth recommending. In contrast, Murphy is careful about the scope of his arguments and the limits of his evidence. Either which way, it matters little, because the peace bubble has finally popped, resource wars loom on the horizon, and the budget for social justice will continue to evaporate from here.