The Revelation of the Method

I've been in love with that phrase for years: The Revelation of the Method is not my own invention, but borrowed poetry from the world of conspiracy theory. Although it gets referred to as an actual Masonic concept, it's actually a very recent fabrication from a Catholic "Revisionist Historian" named Michael Hoffman. In his original formulation, the Revelation of the Method is an occult ritual, specifically a "Masonic psychodrama."

Used casually, the implication is always the same: when the Cryptocracy commits major crimes, they will broadcast their intentions in advance, through popular movies and television. Hoffman himself was iffy on the actual order of the process: "it's my contention that these are occult rituals and that like the Rosicrucian Manifestos of the early 17th century they are accompanied by anonymous statements of intent like the original Unabom manifesto, as well as scripts that precede the ritual." Later in the same interview, though, he deviates from his own script: "Look at the movie "The Matrix" in the wake of Columbine. Look at "The Wicker Man" movie in the same time frame as Son of Sam. The themes of the killings are in the movies." Whatever its actual merits, the end result of this theory is pattern recognition in the service of a pre-established conclusion. The Revelation of the Method is how the Illuminati, or the Vatican, or the CIA rub it in our faces.

Of course, Michael A. Hoffman II is also a man who devotes a large portion of his life to questioning the historical veracity of the Nazi Holocaust. He's a religious fundamentalist with weird hobbies, and much like myself, badly in need of an honest editor. I'm not discussing him because he's important or correct on much of anything: he is not. He just happens to be the first source using this particular phrase.

As you might expect, he equates Masonry with Judaism and both with pure pagan Evil, which makes for some eloquent and exquisitely researched nonsense. The evidence boils down to drawing connections between violent crimes and violent media, with no actual chain of causality or conspiratorial links involved. Common themes and overlapping symbols are taken as sufficient proof.

Although this approach is similar to the recent "Synchromysticism" movement, it's important to note that the more grounded minds in that field reject Hoffman outright. When Christopher Knowles from the (outstanding) project The Secret Sun addressed The Revelation of the Method, he was blunt enough to bear repeating:

"First of all, there is no such thing as "Revelation of the Method," it's a speculative concept coined by a extreme-right conspiracy theorist and has no basis in esoteric history or doctrine. Second, I have no interest in talking to people who automatically identify ancient mythological symbols with conspiracy or evil. I'm talking to open-minded people who are looking for a deeper narrative in all of this." -- source link

Christian and Conspiratainment commentators who take on the weighty topic of Hegelian Synthesis usually present it as something invented, an intellectual technology that was unleashed upon the world. Actually, Hegel was diagnosing a pre-existing condition of the human species. The endless iterations of Thesis and Anti-Thesis stretch back throughout the history of human culture. It is a binary trap that has always shaped us: East and West, victors and victims, war and peace. Us and them.

"History is a nightmare from which we are trying to awaken." It's a great quote, pure poetry, but I can't get with that particular Thesis, when I really think about it. Humans are incredibly adaptable creatures, our brains are robust sense-making machines, and that's how we quickly come to view these nightmares as normal. History is normal days just like this one. "Business as Usual" is exactly what we need to get involved with. You know, just like the Socialists did.

On the Conspiratainment front, as always, we find a new set of answers. In the Infowars archives, the "Revelation of the Method" is a college essay by Hillary Clinton about the work of political realist Saul Alinsky. Alinsky, much like George Soros, has recently achieved Bond Villian Status in the cosmology of popular Mormon/JBS theorist Glenn Beck. Alinsky is the author of "Rules for Radicals," an explicit guide to achieving and exercising power in the tradition of The Prince, The Arthashastra and The Art of War.

Alinsky is worth being afraid of. He is clearly far sharper than any of the conservative propagandists, because in recent years they've simply stolen his material verbatim and re-named it "Rules for Patriots." (Matt Kibbe, you are lazy as fuck.) Besides, no matter what Hillary Clinton thought about Alinsky in College, she got further illuminated during the 1990's orchestrating the push for Health Care reform. Hillary wasn't cynical enough yet, she couldn't process how easily the American electorate could be motivated to become activists against their own interests. Pretty soon, she was talking about "a vast Right wing conspiracy," too. It was documented in a 331 page portfolio of clippings and connections titled "The Communication Stream of Conspiracy Commerce."

It's catching. The most remarkable thing about Conspiracy apophenia, to an amoral free agent like myself, is that it's distinctly contagious. Once infected, we always tend toward greater certainty. This is not lost on Michael Hoffman himself, who proclaims: "Give me two hours with any group of average intelligence and I'll have them reading twilight language and decoding occult rituals for the rest of their lives." I see no reason to doubt him.

Of course, Hoffman himself is a Catholic, a willing subject of the single most successful occult conspiracy in the known history of mankind. The Catholics, it should be noted, are the exact reason why the Freemasons and the Perfectibilists were "secret societies" in the first place: because of vulgarians like Tertullian, Torquemada, or Michael Hoffman. Men who could look at Sacred geometry and basic science, the very language of nature, and see only Satanic evil. Men who would torture and murder for the glory of God's Love. It's pathetic. And it's catching.

Then again...it doesn't exactly help that Saul Alinsky dedicated Rules for Radicals to Satan Himself: "Lest we forget at least an over-the-shoulder acknowledgment to the very first radical: from all our legends, mythology, and history... the first radical known to man who rebelled against the establishment and did it so effectively that he at least won his own kingdom â€” Lucifer." You can imagine what the NWO fighters make of a quote like that, but to me, it doesn't read like Sympathy for the Devil...it's more like a sly curse. Perhaps Alinsky was winking at young idealists who are charging headfirst down a road paved with good intentions? Che and Lenin both come to mind, for essentially opposite reasons. 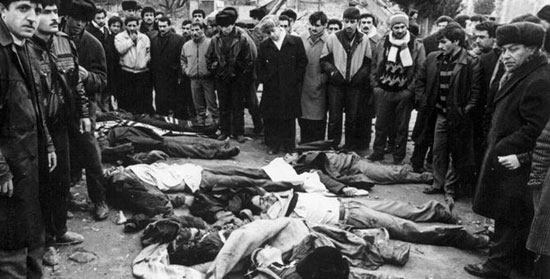 It's not like Socialism has a monopoly on horrifying unintended consequences. In fact, human history teaches something far bleaker: every formalized system of government we've created has been perfectly capable of facilitating mass murder, class warfare and repressive regimes. Conspiracy critics like Michael Hoffman allow themselves the luxury of a solution, an answer, a promised land. An honest study of reality allows for no such sentimentality, and recognizes that the only way out of Hell is through it. This is where we stand in the modern world, and no amount of symbolic connections and "Twilight Language" is going to change these naked facts of our condition. Finger-pointing is a cop out. It is not sufficient to merely expose or destroy the Freemasons: it also falls upon us to replace them.

We don't have to look far for real life examples of power elites committing crimes out in the open, and sneering at the general public every step of the way. It's technically known as the Banking industry and they have been stepping up their game dramatically over the past two decades. More audacious and socially destructive than any "occult ritual crime," the spectacular theft of American wealth by a privileged few has been conducted in plain sight, documented through sober PBS documentaries and bestselling books. These are crimes everybody knows about, yet nobody seems to have the power to stop them.

Why can't the Revelation of the Method be about the actual science of social control? Movies and mass murder is such a tiny, schizoid slice of the entire spectrum of control that shapes our waking lives. Fields like political science and sociology have mostly been philosophy and horseshit, but in recent years they've been able to get ahold of serious data -- sufficient "Big Picture" numbers to start recognizing patterns instead of merely creating theories. The kind of headlines that emerge are grimly predictable but undeniably important: "Low incomes make poor more conservative, study finds" or "UT Professor: Economic Inequality is Self-Reinforcing" or more cheerful material like "The Poverty Trap: Why the Poor Pay More."

"Lee had a great knack to visualize. His whole thing was wedges and magnets. What pulls people apart...and what attracts people? You find ways to bring people to you, and ways to divide the people who are against you. This was his bottom line practical theory." -- Richard McBride

I would like to create a Revelation of the Method that functions as real Political Science, something to replace a field which is currently neither Political nor Scientific. As it stands, it's history, with no science involved, and far too little discussion about actual politics -- the technical details of the ongoing Cold War known as Everybody vs. Everybody Else.

There will always be an eye in the pyramid. The human race is a global superorganism managed by a self-selected Elite, thousands of competing and conflicting conspiracies. The goal of Skilluminati Research is to encourage active engagement instead of opposition and resistance...or as Graham Summer observed: "If you live in a country run by committee, be on the committee." I'm not talking about "Democracy" so much as the whole corrupted and invisible System itself. Money, power, religion and war. We need to be engaging with it, because there is no question of working outside of it -- that's a rhetorical flourish, a concept that exists only on paper. Here in the flesh and blood, bombs and bullets, money and food Real World, the System is everywhere at once and consumes all that it touches.

The most dangerous thing about excuses is that they're technically true. There's not much difference between Democrats and Republicans, there's not many avenues to exercise our power safely, and there's way too many problems to deal with simultaneously, it's all true. There's not much hope for the forces of peace. It's also true that all human innovation happens in that tiny space between "not much" and "nothing" -- because we are powerful, and tiny differences will be enough to enact huge changes. Remember, you only ever need 51% of the vote...and best of all, actual voters are already a minority to begin with.

Mark Meckler, the datamining and direct sales guru who created the Tea Party Patriots, has a 40 year plan. Over the weekend of October 2nd, 2010, he got to give a sales pitch the Council for National Policy, asking for a head start on the $100 million dollars it will cost to save America. His "in" was Gary Aldrich, who now sits on the board of TPP. Meckler claims to have 20 million email addresses and he's clearly stated his goals: "Tea Party Patriots plans to convert sixty percent or more of the population to support our core values of fiscal responsibility, constitutionally limited government, and free markets."

I know: Braindead horseshit. This frat boy has a 40 year plan, though.