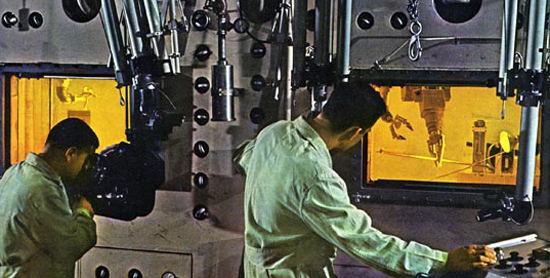 A Terrible Mistake, by HP Albarelli.

Although this list is technically in alphabetical order, this also happens to be my number one draft pick. There have been a lot of interesting books written about the shared history of LSD and the CIA, but all of them have been very incomplete. Albarelli put 10 years into writing the book on the subject -- a huge, exhaustively researched and documented monument that centers around the sad, strange death of Frank Olson. The book is very troubling in any sense. I was often struck by how totally the CIA had infiltrated Washington, DC by the mid-fifties.

In the end, what's most impressive about A Terrible Mistake is how much history it was not able to cover. Focusing on Frank Olson was not a literary device; the story behind MKSEARCH, MKNAOMI and MKULTRA is too big for any single volume. Fortunately, Albarelli's next book will be about George Hunter White, a major figure in the covert history of the United States and a big player in Olson's fate as well. It's more than a little disturbing to contemplate how far along these projects are in 2010.

After the New Economy, by Doug Henwood.

The majority of my reading in the past year has been in Economics, shaped by a couple new jobs that required me to become a fake expert in the field. Perhaps in the near future I'll do a separate Reading List focused on that, but for now, let me recommend one single volume as the best written, most thoroughly documented book on the subject: Doug Henwood's After the New Economy. Henwood does something really remarkable here. There are dozens of sources per page, but he juggles an academic level of density with J.K. Rowling readability. He keeps all his math & policy discourse grounded in real world effects on actual working human beings. All in all, this book is fucking devastating because it uses nothing but the US economic system's own numbers and words -- there is no moralizing here. Along the way, Henwood also provides an education in deciphering market metrics and business news. He is a concise and scrupulous teacher. Henwood is often framed as a rabid Socialist, but I get the impression his political agenda is that of a disgruntled accountant...he's just angry that the numbers don't really add up on the American Dream.

Equally Worthy: his earlier book Wall Street: How It Works and for Whom

is just as good and thorough. Most fans of Henwood suggest starting there, and it is powerful stuff. If you're interested in a guide to Wall Street, though, the unfortunately named Eric J. Weiner has cornered the market with What Goes Up: The Uncensored History of Modern Wall Street as Told by the Bankers, Brokers, CEOs, and Scoundrels Who Made It Happen

, an "oral history" where three generations of Hidden Rulers talk candidly about criminal conspiracies they got away with. It is awesome and very inspirational.

Sharlet has been doing important work for a long time now covering Christian Dominionist movements, especially in military and political circles. His previous book, The Family: The Secret Fundamentalism at the Heart of American Power

, is essential reading if you're not already familiar. (Start with "Jesus Plus Nothing.")

Theocrats are scary people, and Sharlet tracks the most powerful among them carefully here. This is the grey zone where The Family morphs into The Fellowship, which has also been referred to as "The Christian Mafia" and a "Frat House for Jesus." This is serious material,of course: the ghost network he outlines in C Street shaping foreign policy, domestic initiatives, and partisan talking points. The amount of media collusion and access to corporate money here is nothing short of spooky. 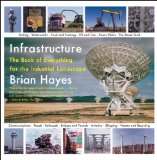 When I was a but a youth, my very favorite shit was David Maculay's work. I spent a lot of my time in school libraries hiding from Education, and books like Pyramid

hit me like black and white acid trips. Then I got ahold of The Way Things Work

, which was hundreds of full-color pages that used thousands of woolly mammoths to teach about a million years worth of human invention. (If you have children, they should have The Way Things Work ASAP.)

Brian Hayes has given us a grown-up version of what Maculay did, presented as a "Field Guide to the Industrial Landscape." This is not for everyone, but if you're even reading this, it is most definitely for you. Hayes is a gifted writer and consistently makes the mechanics of the mundane into illuminating reading. This book is especially necessary for post-Apocalypse living, since it really does work as a proper Field Guide, allowing you to visually decipher the municipal grid as you make your way across a dying Empire, fighting with rabid mutants and bizarre cults every step of the way.

Intelligence in Nature, by Jeremy Narby.

Narby is most famous for The Cosmic Serpent, but I believe this to be his best work so far. It is short but potent, packed completely full of amazing stories and ideas. Narby is comfortable leaving most of his questions unanswered, opting instead for a broad and challenging overview. Having read this through a number of times now, I think that makes it a stronger book. The sheer scope of information and possibility that gets covered in less than 300 pages makes this a rare gem.

Unlike Cosmic Serpent, Narby is not advancing a grand, unifying theory here. Intelligence in Nature is more like a documentary survey of an emerging science, with art film tendencies towards beauty and wonder. "Narby asks good questions in this book but he doesn't go very far with them," remarked Swami Gopalananda. This is quite so: and who among us wants to be told what a good question should mean? Instead Narby cultivates a living museum of contradictory and fascinating evidence, reminding us that these are good questions with no easy answers. Nature remains unknown to us even in 2010, and this is a humbling and perfect book.

The title of this book could not be more perfect in 2010. As the current White House resident continues the CIA/CFR foreign policy that's shaped the United States since 1947, the world "HOPE" has a special and sickly resonance.

Killing Hope is story behind 50 years of Bipartisan Consensus about killing people overseas in order to make the world safe for Democracy. As Blum phrases his focus, this is a survey of "US Military and CIA Interventions Since World War II," and the book delivers the good in a relentless way. It's clearly written but far from easy reading. Personally, it took me months to finish all 55 chapters, but I'm apparently kind of a hippie. In the aftermath of the September 11th, 2001 ad campaign, there was a chorus of rhetorical questions about why the world hates the United States government. This is why, in about 500 pages. Heavy reading but necessary for any US citizen.

This book is a great example of Doing It Right: although I disagree with the author's conclusions, it was so well written, and provided so much original material, that it's still an essential read. The subject is something very familiar to Brainsturbator readers -- the role of intelligence and military agencies in creating and circulating carefully planned disinformation about UFOs. Without question, Pilkington proves that dozens of well documented UFO incidents, long considered to be legitimately paranormal, were in fact psychological operations testing by agencies within the US government. Unlike 99% of the UFOlogy genre, this book is a goldmine of original research, thinking and documentation. The most interesting material, to me, was the operational details of running and monitoring such a strange covert project. Page after page, this book provides a window into a world every bit as alien as a mothership from Pleiades. This is the first book since Richard Dolan's first volume of UFOs and the National Security State

that I would consider an actual "must read" for curious mammals.

Yup: quite possibly a perfect book. I expected a narrative account of Stamets' life working with fungus, but what I got was a working manual on mycoremediation: treating toxic soils and waste sites with the power of mushrooms. The book's higher-than-usual pricetag is justified by the textbook level of information quality and quantity. This is basically everything you would need to get educated and then get involved with the powerful technology of mycelium bioremediation. Is there a recipe for dealing with anthrax and biowarfare agents? Affirmative. Are there several pages on the proper usage of a mycelium strain that literally eats pavement and can digest an entire road in less than two years? Yes. It will be a long time before anyone tops this â€” an essential reference.

This is a book that took me by surprise: although it's written for programmers, I found it to be one of the best "meta-productivity" tutorials I've ever read. This rewards multiple readings and offers a simple, grounded approach to getting your projects organized, your head straight, and your workdays faster and easier. There are a lot of books that re-organize the basic lessons of Napoleon Hill's original self-help classic Think and Grow Rich, then sprinkle the cake with recent neuroscience and pop sci speculationizing. This is something much more valuable: a practical, hands-on synthesis that's purely focused on what works. The authors carefully selected their ammo on the basis of research and experience, but they opt for the shotgun approach when it comes to the actual presentation. They steamroll over the point that not every idea will work for you personally by providing a compact encyclopedia of motivational, organizational and creative techniques. I dig it...you will, too.

The Ascendancy of the Scientific Dictatorship

The Collins Brothers are a rare treat. I don't include them here because I agree with their worldview, or even the thesis of this book. I'm recommending this because it's a well-written, meticulously researched window into another Reality Tunnel. You will disagree with a great deal of what you read here, but that's precisely why I would urge you to read it. The case they have built here is intricate, fascinating material. The questions they raise are extremely important in our technological era.

What they present here is a Conspiracy Theory in the best possible sense, and the integrity of their case makes this a most educational book. Reading about right-wing conspiracies is depressing, reading about British conspiracies is often quite tedious, but reading about a conspiracy of the most brilliant men in the English speaking world, plotting to create and control a global civilization and establish a successful One World Religion, well...that's entertaining stuff. What the Collins Brothers have uncovered here is important and neglected history. The actual existence of a secular humanist, Fabian socialist, techno-Gnostic conspiracy is beside the point. Reading this book will make you a smarter person, and that's really the best praise you can give a dead tree.

I hope everyone had a righteous 2010, because it's the only one you're ever going to get. I've been busy recently over on Skilluminati Research: Revelation of the Method, The Conspiritainment Complex, The Year of the Ghost, and more details on Roland Hadley Stark. Also, I apologize for the fact this turned into a list of exactly ten books; that's really bad form.