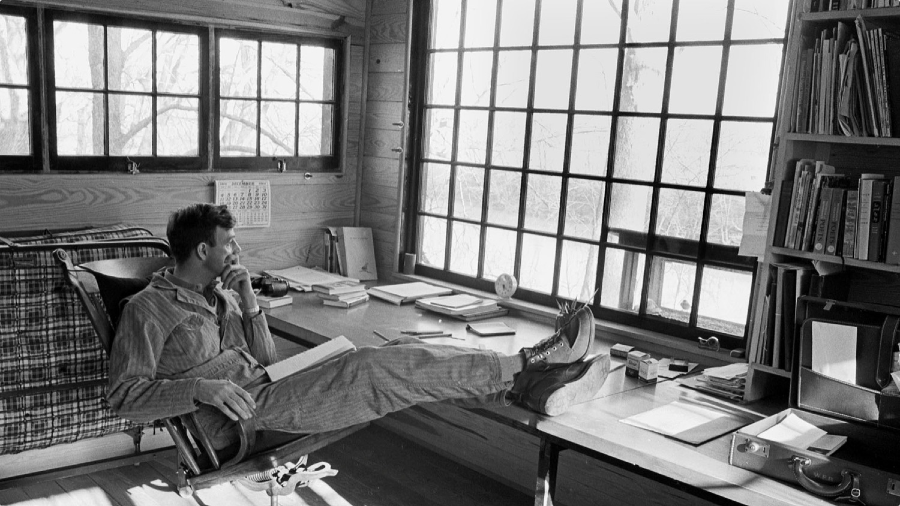 I have been more cautious than usual this year. As I contemplate the time I have left here, I've come to accept that for many subjects I will only read one or two books on the matter ... and for most subjects, I shall read none at all.

This is something of a new policy for me. When it comes to subjects like BCCI, for instance, I have acquired and devoured every extant hardcover in print. I regret nothing: there is a great deal to be learned from such cross-referencing about the structural limitations of narrative history and the motivations of those who write it. Such ambition requires the energy and hubris of youth, or the autist monomania of the specialist scholar, and in recent years my interests have continued to expand even as my available free time contracts.

As with last year's list, all of these titles are islands upon an ocean of constant reading around small-scale agriculture, ecosystem regeneration and animal husbandry. (I will mention a few standouts at the end, but there will be a separate list coming along re-capping my past few years of study in those fields.) This, though, is a broader survey: the best of the best from a long year spent reading on the porch.

Please forgive me for skipping the cute pictures this time around: as Heraclitus once observed, "fuck it."

The Unsettling of America, Wendell Berry. This was a re-read for me, I first tore through Berry's corpus when I was still a teenager. Considering I've been quoting the man my entire adult life, I still managed to under-estimate what an influence he'd been on me. While I've gone through many of his major works this year, The Unsettling of America is surely the finest. Our adult citizens should be forced to read this prior to becoming eligible to vote.

National Security and Dual Government, Michael J. Glennon. I am an avowed evangelist of this short, necessary book. Most Americans are angry and confused by the failures and shortcomings of their government, despite being well-educated on how it should work. Most informed voters are merely conversant in current events, interpreting events in Washington DC through the lens of personalities in conflict, rather than systems in motion. Glennon's essay is a cure for most of the rhetorical questions that plague conversations about politics, and an undeniably objective brief on the reality of our unelected, untouchable permanent establishment.

Year of the Rat, Timperlake & Triplett. A timely and resonant slice of history, this is a sober & thorough indictment of Clinton administration corruption, specifically their proliferating debts to the Chinese Communist Party. The extent of the access they granted in exchange for that money is nothing short of treason, but of course, Washington DC isn't the sort of place where people face consequences for their actions. 2020 was, once again, the Year of the Rat, and saw yet another compromised Democrat shuffle into the Oval Office. All that has really changed is the extent of China's control: they essentially own both parties now, and many multinational corporations besides. The decade to come will be a reckoning.

Open to Suggestion, Robert Temple. This is often hard to find, and for good reason. There is a prolific body of work on the drugs component of MKULTRA, and that's very much by design. The Old Boys at Langley have always been able to write their own history and they never run out of eager authors willing to help them do that, led along by a carefully managed portfolio of bread crumbs, coming to conclusions that were worked out for them years before. What the bumbling incompetence of the acid narrative obscures is the fact that hypnosis was the core component of the mind control program, and the most effective. Temple pulls very few punches here. I also re-read Heller's Monsters and Magical Sticks this summer, a superb introduction to the concepts underlying therapeutic hypnosis work.

The Invisible Pyramid, Loren Eiseley. This is a wonderfully strange autobiography rendered as a mythopoetic allegory, the life journey of a scientist who is keenly aware of how fragile the Earth is. Eiseley is even more aware of how miraculous the human race is, for all the blood and cruelty, our accomplishments are without parallel and our visions shall always exceed our grasp. Framed around a fantastic series of woodcuts, this is a unique delight.

A Century of War, William Engdahl. Many of the books I recommend are unambiguous endorsements, but anyone should approach Engdahl with some skepticism. He is perhaps the foremost graduate of Lyndon Larouche's EIR research shop, his works are abundantly footnoted contrarian broadsides, but more than that, this entire book hinges upon his assertion that he found a secret Bilderberg document -- an absolutely explosive disclosure, no less -- in a used bookshop. Still, it's an engaging, fast-paced read, drawn from many obscure and essential histories, that outlines the intersection between energy, money and war. It covers so much, and differs so completely from the limited hangout horseshit of respectable academics & pundits, that it is guaranteed to fascinate. The perfect gateway drug to a contentious and critical area.

The Money Lenders, Anthony Sampson. I should have read this years ago. Sampson's The Sovereign State of ITT was a valuable revelation to me in my twenties, wasting time with basic bitch popular polemics, and worse still, mere blogs. The gap between the average bestseller and work like Sampson's is so vast there is no comparison. Earlier this year, I read The Seven Sisters, his history of the geopolitics of oil and the corporations that shaped it, and it's far superior to Yergin's The Prize. (Also an excellent companion piece to Engdahl's A Century of War.) Yet The Money Lenders is perhaps Sampson's best work. Those familiar with the subject will find surprises on every page, and those looking for an honest, informed introduction could do no better with a single purchase.

Intelligence Power in Peace and War, Michel Herman. One of those rare tomes that clearly lays out the subject matter and does it great justice. Much like Gilpin's The Politicial Economy of International Relations, this an equally demanding and rewarding read. Rooted squarely in Herman's extensive experience with both American and British intelligence, this is dry, technical and lucid stuff, focused throughout on the inherent limitations of the profession. Fittingly, my copy is a mint condition library discard from Quantico. It was only checked out twice.

The Vice of Kings, Jasun Horsley. Horsely is a gifted author and a divisive character; both attributes I appreciate. This is his most personal book by far, and a sharp divergence from his usual media deconstruction. It is a harrowing read, a reckoning with bleak family secrets, by turns meticulously researched and nakedly speculative. Those of you who made it through Michael Salter's Organized Sexual Abuse and Ross Cheit's The Witch Hunt Narrative will find this a valuable, thought-provoking contribution to a sparsely populated but urgently important literature.

Discourses on Livy, Niccolo Machiavelli. Similar to de Tocqueville's Democracy in America, I can only resent how great this was, after decades of being told to read it by a cast of thousands. Discourses is far, far superior to Machiavelli's best-known work, but such is the fate of genius, I suppose: Jonathan Swift is remembered today only as an eloquent advocate for cannibalism. The common thread here is the bankruptcy of the modern McDonalds academy, full of educated men and women who lack wisdom and have built a canon that reflects their clever vanity. It is baffling to me that Plato's rambling and wooden The Republic is taught at all, but that it gets taught instead of Discourses on Livy is simply a sin. This is a timeless exploration of the tradeoffs and costs of governance, and how to limn the lessons of history.

Where There Is No Doctor: A Village Health Care Handbook, David Werner. This came up during a discussion of "Ark Books," the titles that you'd take to either save civilization or just spend five years in a cabin. I cannot recall who nominated it to me but I am grateful for the advice. It's not just that the material here is important, or useful -- obviously it is both, if you place much value on being alive. What makes Werner's tome so remarkable is how engrossing and engaging it all is, a mix of low-tech ingenuity and cultural anthropology.

Seed to Seed: Seed Saving and Growing Techniques for Vegetable Gardeners, Suzanne Ashworth. This wasn't new to me, I just happened to buy my ... fifth? sixth? ... copy over the summer, so I've been spending a lot of time with it. Although the writing here is lean and lovely, this is a far more straightforward manual than the Werner book I just ordered you to buy. It's equally essential, though, especially in 2021, with demand for seeds at an all-time high and supplies running out in the middle of the winter. Most of the discussions about 'sustainability' are just consumer indulgences and white guilt affluence, only resilience is actually sustainable.