Democracy is One Big Gang Bang 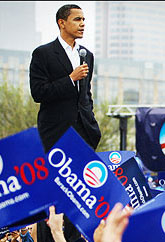 I often find myself at strange parties. This revelation usually comes to me mid-conversation, and there's always that lurching, queasy moment of clarity before I can adjust. The last time that happened, I found myself discussing politics next to an open bar with some earnest young women who were volunteering for Barack Obama, which was already a mistake. Most folks I "talk politics" with have concluded I'm either the most idealistic hippie in Vermont, or an utterly amoral fascist elitist monster. Both interpretations are more or less valid, but explaining why is impossible unless you already get it.

Anyways, my point in bringing this up is that I found myself in an awkward position that's becoming all too common these days: surrounded by nice Americans who really think Democracy is a good idea. CAN YOU BELIEVE IT? "Well, our votes don't actually count, our options are restricted to a relative handful of wealthy, powerful families, and we never get consulted on any national or foriegn policy decisions, but overall, is there anything better than Democracy?" FUCK YES, IT'S CALLED FREEDOM, and you haven't even tasted it for generations now.

Democracy is One Big Gang Bang 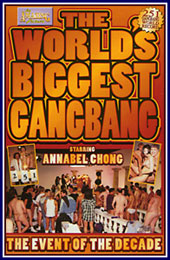 That's not a funny title, that's a dead-serious assertion of fact. I can think of no metaphor that clarifies the issue so much: Democracy is like a gang bang. It is a staged spectacle, first of all. It's also remarkable how much voting resembles a gang bang: you wait in line to deposit something that should be meaningful, but actually doesn't count, at all.

More importantly, though, I'm struck by how many people don't see the dark side of Majority Rule. That concept seems reasonable to most folks because they assume everyone else is as reasonable as them. This is the most dangerous assumption anyone can make. Majority Rule is putting your decisions into the hands of the least capable people among us: namely, the majority.

Hump Jones to America: none of you are qualified to make any decisions for yourselves, let alone tell me what drugs I can and cannot do. Your problem with public nudity is your problem, not mine. Your primitive superstitions about God and Jesus are adorable but hold no power over me. Your total ignorance about the world you live in does not qualify you to discuss reality with me or anyone else. Your glib acceptance of being treated like herd animals is proof that you're either unwilling or unable to function independently. Most of you can't even read through a high school textbook without getting lost -- not only should you not be making decisions about my life, you shouldn't even be allowed to reproduce.

The Real Power is Always Offscreen

Robert Anton Wilson's Key to Power: "Think about how stupid the average human is -- and remember that by definition, half of them are even stupider then that!" 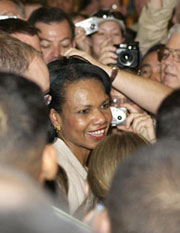 And Most of All, IT'S A LIE

"The whole thing was a complete and utter sham. There were around 25 guys on the 1st day and about 14 on the second. If I had to guess I would say that legitimately I probably did about 500 guys (not different guys) I had stressed all along that I wanted to do it legitimately."

That's Sabrina Johnson, admitting she didn't really Bang 2000 dudes in 24 hours. If you're a white citizens of the United States of America, there's a 1 in 63 chance that your vote will never even be counted. If you're black, that number mysteriously leaps to 1 in 7. Those statistics are depressing, but they don't matter, since the Electoral College system acts as a mathematically proven filter to keep the vote in the hands of the simple majority. Ask yourself seriously if that was an unintended consequence. You don't want all the smart people in all 50 states getting together, so...

One should take into account the fuzzy arithmetic used to calculate these records. Gang bang statisticians generally ignore the actual number of participants and focus on "instances of sex" -- a deliberately general term that specifies neither orifice nor instrument -- though each act is just a minute or so in length. Thus "record" numbers are necessarily inflated by repeat participation: Chong gripes that out of everyone who showed up for her gang bang, "about 66% were not able to perform."

Only hardcore political junkies, sick, twisted fuckers like Dr. Gonzo, actually follow politics in any meaningful way -- it's too obscure and too ugly. Voting is a ritual we don't do too often because it's so depressing -- everyone is just going through the motions, only the young kids with Ron Paul T-Shirts are dumb enough to believe in "change" or "the voice of the people."