This past year of horror cinema has been an unholy feast. Thanks to years of templated jump scares from ghost story blockbusters, not to mention billions of dollars in streaming wars development spending, there is more dumb money out there than ever. Better yet, thanks to recent surprise hits like Get Out or The Babadook, there's big demand outside of slashers, thrillers and haunted houses. This is great news for weird shit. Let us commence. 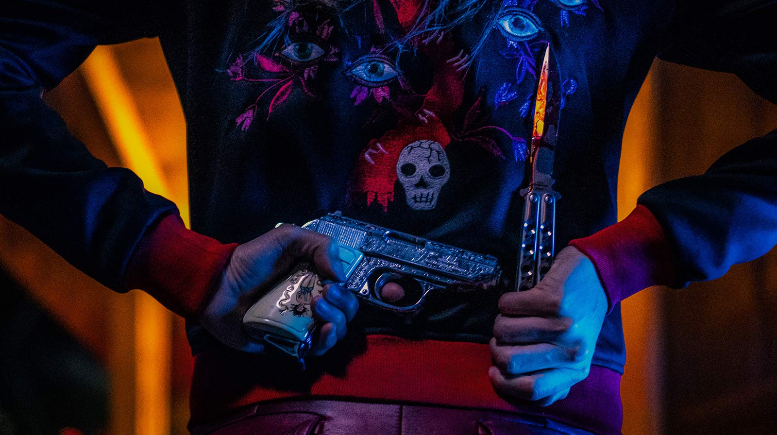 Consider Too Old To Die Young, a 14 hour film from Nicolas Winding Refn about the limnal space between a burning Los Angeles and the wreckage of Sinaloa Cartel. It’s fucking amazing, and certainly the best thing I’ve seen since Halloween last year. Although the moral universe here is pitch black, it’s hardly horror. Just a high water mark for visionary auteurs being given way too much money. Still, how could I not start here? It's like Jodorowsky making an NC-17 rated HBO show, and Darius Khondji's lens work here is perfection.

There were a lot of eye-popping spectacles on tap this year, but not all of them were great films. Unlike years previous, my opinion of 2019 diverges at least somewhat from the annual pumpkin patch of anemic “critical consensus.” This is encouraging. For instance, while I think Hereditary stands as one of the best films of the decade, Midsommar was an absolutely beautiful nothingburger, folk horror by way of Instagram filters. No worries, though, Ari Aster will return stronger.

Furthermore: The Dead Don't Die was a low-effort letdown. That new Rob Zombie joint was one of his worst yet. I found Us to be some of the best set and character design work of the year, but aside from Nyong’o turning it up to 11, it felt like an extended short. Same goes for Apostle, which I was looking forward to since Gareth Evans has made some masterpieces. It was still quite good, just not on par with best this year had to offer. Let’s get to those.

Confined to a single pick, Piercing was my favorite horror film of 2019. It’s otherworldly. Nicolas Pesce’s previous film, My Mothers Eyes, was slick brutalism with outstanding photography, but little else. Piercing is a much different animal: surreal, emotionally tender, and unpredictable. It also has something quite rare for a horror film -- a completely perfect ending. Here's hoping Pesce keeps doing genre films.

Hagazussa was a damn close second. It’s proper European transcendental cinema, and it will fuck your head right up in the best possible way. Mariel Baqueiro’s camera work co-stars alongside intense performances, and an even more intense story. You are signing up for an experience you will never be able to explain. Do it.

Belzebuth was another indie knockout. The politics here are about a subtle as a brick, but it’s a well written demonic horror that plays off expectations -- many of the obvious ripoffs turn out to be smart twists as the story gets going. Best of all, it’s more reliant on slow, stunning reveals than it is on jump scares, which gives the violence an altogether more spiritual heft. It captures the pure, ambient terror of Santa Muerte politics and nails many of the same notes as The Void and Lord of Illusions. 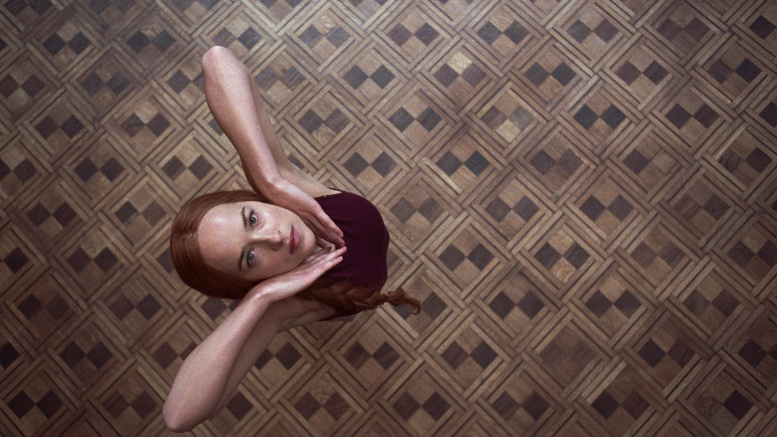 The new Suspiria joins the ranks of The Evil Dead, Cronenberg’s The Fly and Aja’s The Hills Have Eyes. It’s a remake that takes on a classic and hugely improves it. That may be blasphemy to Argento faithful, but for my money, Luca Guadagnino has delivered one of the foulest, and most accurate occult horror movies of all time. Gorgeous and merciless stuff. 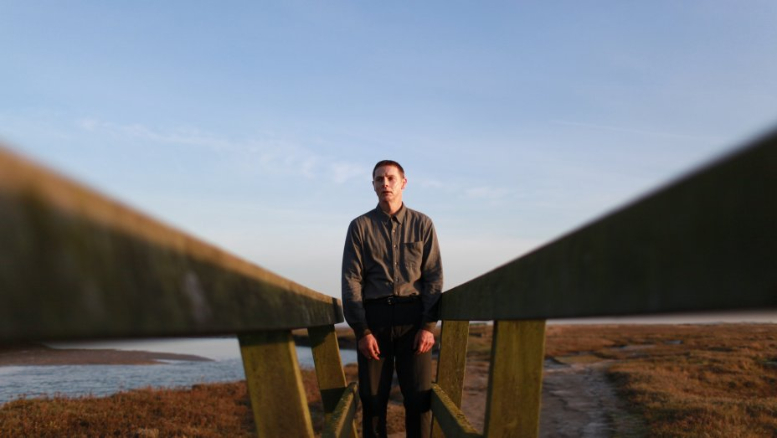 Possum: a continuous punch to the stomach, and I loved it. It’s a bleak, unflinching psychological thriller based squarely around child sexual abuse and huge spiders. So, perhaps not for everyone. What keeps it from being some morbid Serbian Film curiosity is the quality of the writing and performances. Incredibly, this movie comes from real life Garth Marenghi, brit comedian Mathew Holness. (If you’ve never seen Darkplace, well, it’s a great way to heal from the trauma of watching Possum, so get a blanket.) 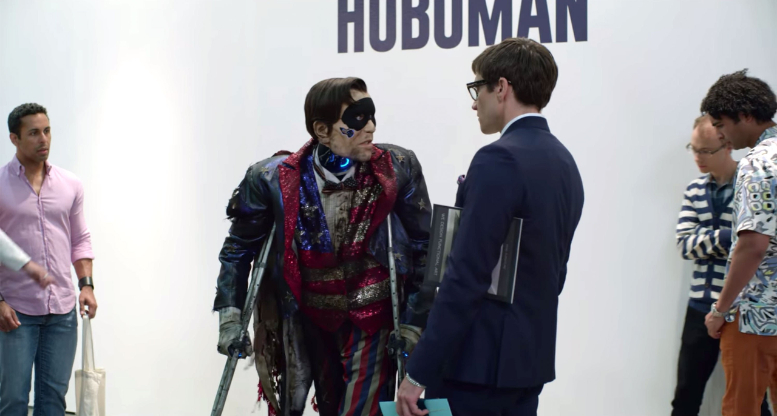 Velvet Buzzsaw is the latest from writer-director Dan Gilroy, who previously gave us Nightcrawler. It’s unlike anything else you’re going to see this year. Gilroy’s mastery of tone and pacing allows him to do essentially whatever he wants. And fortunately for us, the man has some very strange desires, not to mention a biting contempt for the art world.

Braid was all art film excesses and wild stylistic turns, held together by some spooky great performances and a vertigo attack of an opening half. Once you realize there’s no bottom here, though, writer-director Mitzi Peirone slows things down and stages some indelible scenes. This was a hot mess, but a heck of a debut. Peirone is a serious new force.

Luz is a stubbornly accurate love letter to euro-trash occult giallo. It’s far from perfect, but I enjoyed the ride so much I have to recommend it. This is packed full of powerful, memorable moments, it’s often creepy as hell, and all the actors were born for these roles. Much like 2018’s best horror film, The Ritual, Luz manages to nail something mythic and deeply resonant, a dream logic. Also, it turns out this is some German dude’s senior project for film school. Keep an eye out for Tilman Singer.

There’s a lot of leftovers in the ol’ open casket, so here’s some additional notes. Australia gave us two big, dumb, and awesome exploitation films: Boar, which is grisly and funny and about exactly what you think, and The Furies, which was a gory and shocking slasher that is extremely well done. New Zealand director Tim van Dammen’s debut, Mega Time Squad, is goofy, low-key and very fucking funny.

Brits are still a spooky lot: Don’t Leave Home was low budget, but the all-in performances and superb writing elevate it to wuthering heights. Canuck writer-director Danishka Esterhazy’s Level 16 was a master class in the making the most of a great set to build an immersive, convincing world. An even more ambitious standout was Mexican ghost story Tigers Are Not Afraid, a devastating ride through the wreckage of the drug war. 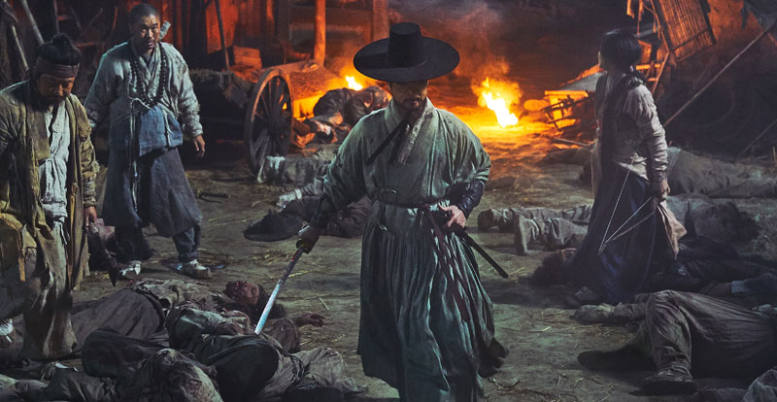 Koreans still love zombies, and Rampant is the saga of an outbreak during the Joseon dynasty, which means a lot of amazing set pieces and limb-hacking swordfight choreography. I wanted to love Timo Tjahjanto’s new possession movie May the Devil Take You, but it wasn’t nearly as good -- or as horrifying -- as the nihilism of his new action film, The Night Comes For Us. Watch that instead. The first-ever “acid dance horror” flick, Climax, was … well, extremely Gaspar Noe. Like Refn, you’re either in or you’re out -- and you already know where you stand, too.

I Trapped The Devil reminded me of The Devil’s Candy, both very good films that distract you with how much better they should have been. Budgets are a bitch, though, and they’re both worth watching, especially for aspiring auteur types. It’s important to see how much you can pull off with sheer talent, and equally important to see where that will fail you. No horror movie in recent memory has broken my heart like Head Count did. The first half is amazing. The pacing, the framing, and the implications of the monster are all exquisite. The second half goes off the rails by doing too much -- then it kills itself outright by revealing the monster to be jarringly poor, corny CGI. I'm still hurt.

2019 brings another blessed anomaly: multiplex horror films from major studios that, somehow, turn out amazing. Overlord was a WW2 Nazi zombie gorefest from notorious culture war criminal JJ Abrams, and it was a ton of fun. It was also definitely pitched as “we’re going to rip off Frankenstein’s Army but make it more Black Hawk Down.” I never expect horror remakes to be even decent, but the new Child’s Play, of all things, was very, very funny and enjoyable. 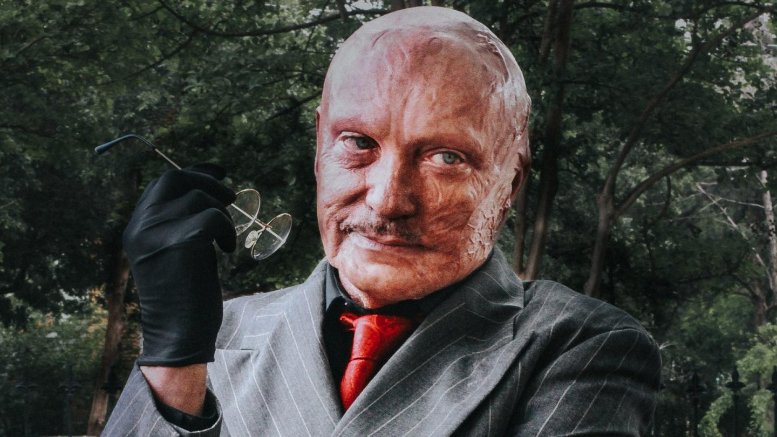 Finally, a toast to S. Craig Zahler, who bum-rushed the show back in 2015 with Bone Tomahawk, one of the best horror movies of the decade. He had two odd triumphs recently: Dragged Across Concrete was a flawless slow burn cop noir, not horror but one of the best movies I saw this year. Then there’s Puppet Master: The Littlest Reich. Holy shit, bud. It is profane and insane, a b-movie in-joke for genre nerds and probably the most offensive horror movie since Father’s Day, too.