I watched way, way too many violent and strange films to make the list this year. It was a good call. Most of them, obviously, were terrible. Some survived.

Here’s a quick guide to the near misses: The Final Girls was a goofy, nicely shot horror comedy flick I recommend despite not liking much; Spring was a strange muddle but full of strong imagery; and Wolf-Cop was distractingly low-fi but frequently hilarious. Two great films not on the list: It Follows, an ice cold, brilliantly told nightmare, and Cooties, a black comedy with an all-star cast about exterminating child zombies. They’re both great, and they’re both big enough that they don’t need my help this Halloween.

Turbo Kid. This deserves to be first. A fever dream of 80’s nostalgia -- from an alternate dimension -- this is a funny, inventive crowd-pleaser stitched together from a dozen film grants. It makes sense this movie barely happened, for all the sweetness and Heroic Journey familiarity it is relentlessly weird shit. With a bit of editing, this could have easily been a PG-13 smash hit, which makes the brutal, explosive gore seem even more incongruous…incongruously hilarious, to be specific. 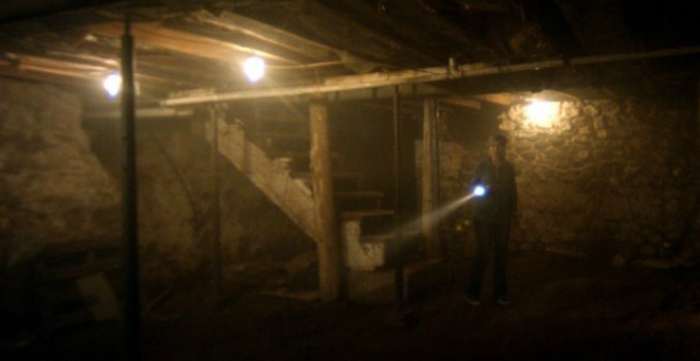 We Are Still Here. The team at Dark Sky Films has been one of the best indie teams in American film recently, but this...this is something special, even by their high standards. I feel comfortable calling it a masterpiece, a slow burn ghost story driven by intelligent, heartfelt writing, perfectly pitched performances from a small, veteran cast, and most of all, a final act that will leave you speechless. The less you know going into this, the better. See it soon.

Bone Tomahawk. I had high hopes for this one, and it exceeded them. That seldom happens. This is a horror Western, heavy on the panoramavision, and there’s no jump cuts or camera tricks in sight. Written and directed by novelist S. Craig Zahler, this caters to no fool, opting to unfold a character-rich, carefully told tale at its own damn pace. When the going gets crazy, this lurches as far over the edge as any other movie on this list.

Livide. / Aux Yeux des Vivants. The team of Maury & Bustillo make some of the best recent horror films I’ve seen, and their past two works have been knockouts. Livide is a ghost story built like a pop-up children’s book from Actual Hell; the level of detail is stunning. I have watched it well over a dozen times in French. Mais je ne comprend Francais. Aux Yuex des Vivants -- “Among the Living,” more or less -- brings a very different approach to the slasher genre, opting for massive, Wyeth-style vistas to frame the story through the eyes of some children who wander into the wrong movie. It can be watched like a silent film; a clinic in visual storytelling. Their next project is apparently a reboot of that Leatherface fellow, from that whole thing in Texas.

Late Phases. One of my very favorites of any genre in recent years. This is a small story about honor, with no flashy editing or winking genre jokes in sight. There also happen to be werewolves. It’s almost like a horror film being made by someone who’s never seen a horror film -- much like how Hanna undermined action or Last Lovers Left Alive toyed with vampire conventions. Only, completely different and wall-to-wall flawless.

The Editor. Nobody is going harder in the paint for surrealism on film than Astron-6. One of their previous acid trips, Father’s Day, is probably my favorite X-Rated horror film, a wood chipper blend of Salo and Troma tropes. The Editor is their tribute to the Giallo genre, a hyper-sexualized art film approach to horror that’s recently been making a comeback thanks to the French co-directing couple Hélène Cattet and Bruno Forzani. The Editor, though, is a million miles away from their brand of tasteful restraint. This shit is utterly deranged, and I intend that as high praise.

Clown. Few things impress me more than taking a dumb premise and turning it into a great story, and Clown is precisely that. Financing this film was probably the best thing Eli Roth will do in his whole career. The acting, the pacing, the mythology -- everything here works. It leans heavily on a few actors and Tony Gardner’s high quality practical special effects work. Cinematographer Matthew Santo does a spooky consistent job of setting up arresting frames for actors to do their work, his restraint helps the story immensely.

Yakuza Apocalypse. So, yeah, Yakuza vampires, let’s start there. This was more of a disaster area than a film, but is that really a problem? Takashi Miike tried to cram more ideas into this than runtime could permit, and the ending is just plain stupid. That said, I’ve still watched it about ten times. In addition to some spectacular Yayan Ruhian fight scenes, this movie has some of most visionary shots I’ve ingested in 2015 -- sure, they’re taking a half-baked concept to lunatic extremes, but that’s exactly why you’ve gotta see this.

Lost River. This is a staggeringly great film written, directed and produced by Ryan Gosling. Not another Ryan Gosling - that Ryan Gosling. Obviously, it got terrible reviews because nobody can handle the fact someone so pretty can be a genius, but suck it up, commentariat: he’s a fucking genius. This was a fucking amazing movie. That concludes my review. 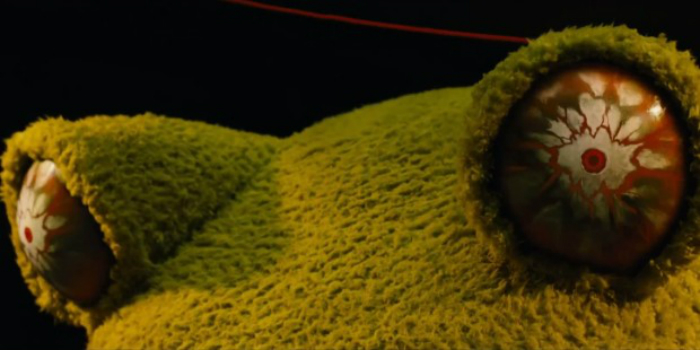 Thanks for sitting through this. Two more from years past: Jennifer Lynch’s 2008 noir Surveillance, which features one of Bill Pullman’s best performances; and Brian Yuzna’s 1989 splatter satire Society, a grand guignol riff on class, power and genetics. As always, leave a comment below if you have any quibbles, quarrels or complaints. Your feedback matters!