Down Here in the Cave

"The Central Intelligence Agency owns everyone of any significance in the major media." -- William Colby

That's a hell of a quote, and like most of the classic admissions of guilt in conspiracy literature, it's completely fabricated. Too late: it's in the lexicon now. The Conspiratainment Complex doesn't do "corrections." That's just not now that particular network was wired.

Data points are fragile things. The more you examine your assumptions, the more your assumptions will fall apart under examination. If you research any given subject in depth, you get an appreciation for how much noise human beings introduce into every signal we touch. After awhile, it gets deafening.

September 11th, 2001 was exactly like every other day in history: it's difficult to really account for. Any measurement of that day's events is a complex timeline of several thousand data points...at least. The sources and accuracy of these data points are secondary to their role as plot devices.

We evaluate each data point in terms of how well it fits in with other pieces to tell us a story that makes sense. It has to make sense, doesn't it?

Although the science of perception management is far more exact than you're willing to think, you're in luck: their success is their own greatest problem. This is the biggest challenge that Pentagon Information Operations Officers face: somehow getting a coherent message out of the global brand known as America. 18 year old Mormons from Indiana are in the streets of Islamic nations being asked about gay marriage and military support for Israel. Also, being shot at. Naturally, ten years after being attacked by a group of mostly Saudi Arabian terrorists we find ourselves spending billions on the military occupation of Agfhanistan and Iraq.

Television media would be a far more potent tool for brainwashing if there were only one channel. Instead, it's an omnidirectional pinball machine of conflicting but equally effective brainwashing. The human brain is a learning machine, and this world-changing asset remains our greatest weakness. Face to face, in social situations, in large crowds, persuasion is ridiculously easy -- crude, even. It's a simple enough game, but the problem is everyone is playing. From local preachers to rock stars to think tanks to bloggers to whatever the hell passes for "Celebrities" here in the dark ages -- everyone is making their Pitch. Simultaneously. After awhile, it gets deafening.

Between Israel, Pakistan, Afghanistan and Saudi Arabia, you now have five differrent national intelligence agencies with a vested interest in covering up their own ongoing operations, and compromising the operations of their rivals. The links to ISI, to the Mossad, to Saudi Princes, all seem bizarre and sinister when you're trying to fit them into a puzzle they may not even belong to. There is a deafening amount of noise surrounding the hijackers and their financing, and I would wager that most of that noise is from covert programs that had nothing to do with the actual attacks that day. Attempts to take dozens of conflicting stories, multiple layers of conflicting disinformation, and make it all fit into a single story always seem to wind up sounding completely insane.

That's by design. Welcome to the wilderness of mirrors. To those of you still trying to connect those dots, well, this beer is for you. Any major operation, here in the Information Age, inevitably becomes a Susurluk Moment for all the clandestine lifeforms who happened to be under the same rock. These security breaches are nothing new. There are detailed countermeasures in place in preparation for ugly accidents like this. A successful covert operation is actually not about the deed itself, it's about managing and controlling the aftermath. This is what separates Special Operations from a straightforward military attack.

So any formulation of 9/11 Narrative, from the official story to the most holographic UFOlogist strains known to mankind, can only sound like a movie script. A badly plagarized movie script, at that. Given the cast of characters, that's inevitable. How can you stitch Mohammed Atta, Colleen Rowley, Philip Zelikow, Wallace Hilliard, Mayo Shattuck III, Cass Sunstein, Mahmood Ahmed, Lee Hamilton, Steve Butler, Siebel Edmonds, Randy Glass and Francesco Cossiga into something that sounds normal enough to be understandable and convincing? Intelligence operatives are exceptional people leading remarkable lives -- most of us just go to work. As Gary Sick observed:

"Such characters are a researcher's nemesis; they are meant to be. When the CIA or other intelligence agencies need to hire a "contractor," who may be required to carry out taks that are potentially dangerous and of questionable legality, they look for three things: a specific and useful skill (a knowledge of money-laundering, perhaps); a romantic streak that glorifies both the secrecy and the risk; and a propensity for exageration and trouble."

Those of us who do believe in conspiracy theories have one feature in common with those of us who don't -- we're all pretty pleased with ourselves. Despite the odds, we've all managed to figure out the truth, and somehow we all manage to be humble about it, too.

Once you've seen a couple hundred thousand arguments about What Really Happened On September 11, 2001, you'll realize that none of it matters. Which is not to say it's meaningless. Minds change, and that's a beautiful thing. The problem is, there's over seven billion minds, and even a cursory consideration of the scale involved makes it clear how little you and I actually matter. That number is hovering awfully close to zero. We're all actively involved in the computation of reality on behalf of a Superorganism that remains invisible and unkowable to us.

Call me arrogant, but fuck that. That seems like a real waste of our capabilities. 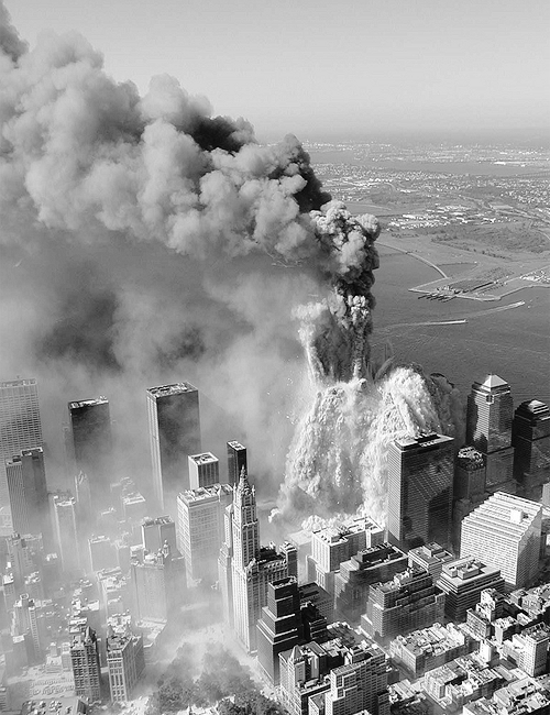 Truly, we live in marvelous times. The view from down here in the cave is nothing short of spectacular and everyone wants to talk about it.

We are spectators. Spectators having arguments.

Of course you have reasons for believing whatever you believe: so do I. So does everyone you disagree with. Every addict has a thriving portfolio of justifications and evasions.

We couch it in terms like "education" and "activism" but really, we're desperate for validation. We just want other people to agree that we're right. It's important that we admit, often, that we are not. And it's highly probable that we can't be. Ever.

Then again...so what, right? We're still here, waking up every day. Pour some liqour out for the fallen soldiers, known and unknown, conscripted and covert. Whatever you believe, take it seriously and make damn sure your dots are actually connected. Think differently, folks. Aim high, be all that you can be. Just do it.