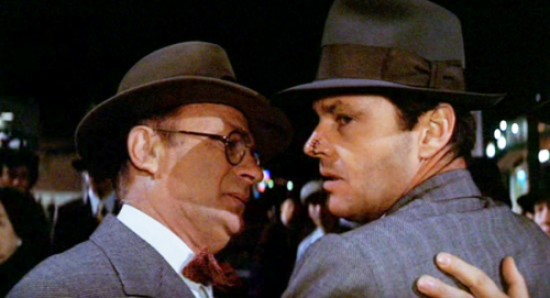 One question this time around and I won't even quote it: basically, I was asked this morning to recommend some fucking awesome horror films. I would definitely like to do that, but first, we should get about thirteen things out of the way.

I am assuming you've already seen Cabin in the Woods, Event Horizon, Slither, The Devil's Backbone, Cube, Intacto, Descent, The Abandoned, Butcher Boy, Jacob's Ladder, The Cell, Silent Hill and Dead Ringers, right? If not, write those down, too. However, I know that by majority, the few mammals who still check this site are some excessively smooth and cultured motherfuckers who are hip to a lot of great cinema. What follows is exclusively for you. 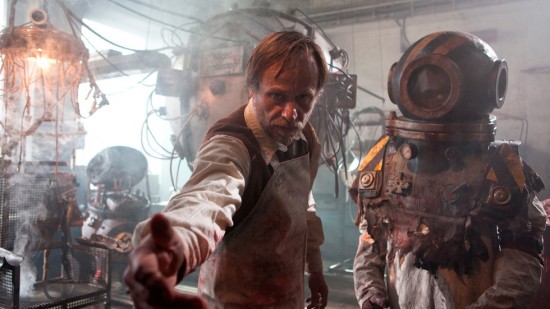 1. Frankenstein's Army. I have watched this a lot and really grown to appreciate the fantastic, Kubrick-level, amount of detail work that went into almost every frame of this film. No surprise, since director Richard Raaphorst started with doing art direction and this is his debut as an auteur. In my estimation, the man is a genius and needs to make more movies as soon as possible. 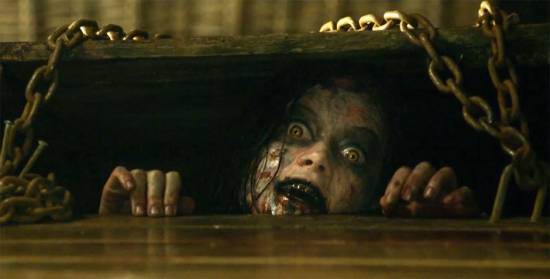 2. Evil Dead (2013). Since approximately 1988, every film ever released has been accompanied by breathless hype horseshit, so it was hard to take this seriously. I put off watching it for a long time. This lived up to the praise: it is absolutely one of the best horror flicks I've ever seen. Sure, they could have cut 20 minutes of character development, but you know how it is: you have to make actors think they're doing something other than modeling.

3. John Dies at the End. Holy shit, this film was basically made for me. Alternate dimensions, alien intelligence, psychedelic drugs and severed limbs flying in all directions. This is a gleefully unhinged masterpiece I will be re-watching for years to come and, you know, probably making a concept album about at some point. 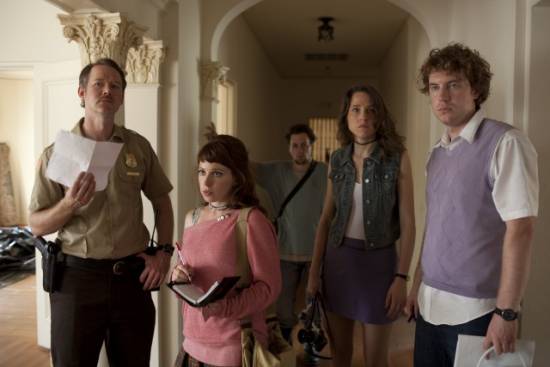 4. Saturday Morning Mystery. A small story perfectly told, this indie gem is a triumph of tone. It takes a very simple premise -- basically a live-action adaptation of Scooby-Doo set in the real world of actual cops, crime and death -- and grows into a tightly-wound yarn about the hubris of youth. The highlight of the film is Paul Gordon's understated work as the most polite cop in the world, definitely the funniest performance I've seen this year. 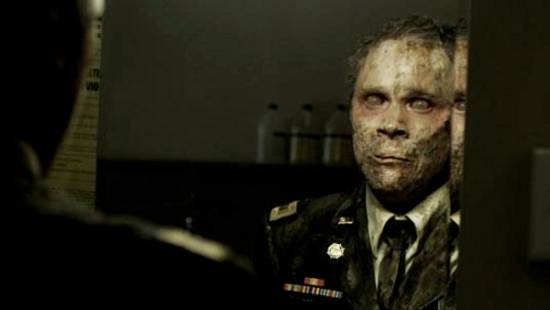 5. The Revenant. A weird convergence: out of all the zombies films I've seen so far -- which is "most of them" -- this was the most realistic & well-written, and also one of the funniest. As a fan of screenplay writing, it weirded me out how funny the film was despite the lack of overt setups: most of what goes on in this film is heart-breaking stuff, and the humor is crammed into tiny moments. The film is a hot mess and 100% worth your time. 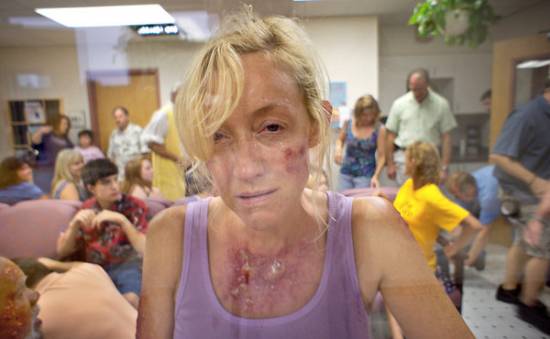 6. The Bay. Found footage movies are mostly irritating but this one was plausible and brilliant. The "plausible" part is what makes this such a damn effective horror film, because this could happen anywhere in America next summer. Much like Slither, though, you better have a high tolerance for spectacularly disgusting special effects or you will not survive the second half of this movie. 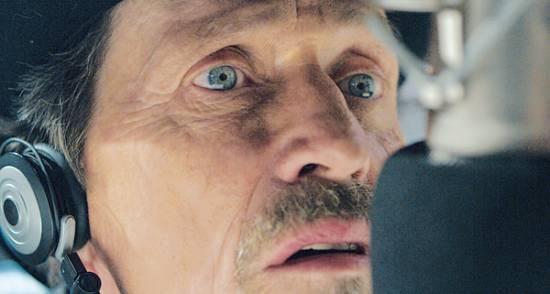 7. Pontypool. The most creepy film I have ever seen. Most of the scenes in this film consist entirely of spoken dialog with long sustained close ups. Most of the horror in this movie is delivered through the words of actors who never appear onscreen. Just the same, I don't think I've ever been so physically tense and stressed out watching a film...at least since I was way too young to watch The Exorcist. Worth watching a few times.

8. Beyond the Black Rainbow. The first time I watched this I thought it was a hipster music video, sad but true. I wasn't ready for this. Since then, I've seen this film probably fifty times and consider it a masterpiece, which is the second time I have casually tossed that noun at you today. I don't even know if this is a horror film, but it will give you some lucid nightmares and you need to see it.

Remember, Halloween isn't about candy, safety and regrettable hookups at theme parties. Halloween is about primal fucking terror and I recommend watching all eight of these films on psychedelic drugs. All these films are also great for little kids.