5GWTF: The Post-Everything Future of War

On the auspicious date of August 17th, 2011, Barack Obama was looking ahead. Faced with the recent actions of Anders Brievik and contemplating the immanent 10th anniversary of the 9-11 attacks, he stated: "The biggest concern we have right now is not the launching of a major terror operation, although that risk is always there. The risk we are especially worried about right now is the lone wolf terrorist. Somebody with a single weapon being able to carry out wide scale massacres of the sort we saw in Norway." The fact he was in a television studio speaking those lines to a man named Wolf Blitzer is just one of those coincidences that permeate our associative universe.

"Fifth Generation Warfare" is not catchy. Consumers need something relatable, something visual and visceral. That's why "5GW" has devolved from the critical theory of the warrior class into the crude shock and awe of "Lone Wolf" domestic terrorism. The dumbing down process is irreversible and immune to reason, so this isn't written as a defense of the concept so much as a post-mortem for the field.

There have been a number of noble but aborted attempts in recent years to establish a center of gravity for this subject, the slickest and most recent being the 5GW Educational Institute, who have been pretty quiet since their initial PR campaign in 2010. They are patterned after the earnest template of the Project for a New American Century, an academic noise machine raising awareness about future threats to national security. Witness "Fifth Generation Warfare: A Growing Concept" by consultant Stephen "Awkward Titles" Bucci. It's mostly the kind of boilerplate copy that any IO intern could hand you before breakfast, but here's where things get downright quotable:

"...the United States is at a moment of transitioning from traditional and separated disciplines in the national security space to the world of highly integrated, multifaceted and sophisticated 5GW. Our enemies have figured this out already. They are agile, innovative and will try whatever works. We tend to still have an industrial-age methodology. We preach agility, net-centric operations and a legion of other buzz words, but then return to our comfortable traditional corners."

I think that "our enemies" are being given far too much credit, as usual. Besides, in the generational warfare model, "agile and innovative" is a 4GW fundamental already. Operationally, it's a euphemism for banal atrocities like "hiding behind Islamic clerics and charities to facilitate IED training networks" or "using drug money to finance the murder of political opponents and honest law enforcement" or "funding arms purchases by forcing women into prostitution." That's just run of mill, Carlos the Jackal, everyday terrorism, dumbass simple and lower case t. Sure, they have special ops training thanks to SOA legacy programs and they build their own parallel IT networks for secure communication, but so did the IRA. Ideally, words and concepts communicate a precise, repeatable meaning. 5GW is more subtle and sophisticated than 4GW, a perpetually embedded insider threat, and Zetas using GPS phone apps to kill a target in Texas doesn't qualify. That's organized crime and it's older than English.

In the real world of informed adults, nobody is touching the United States of America in terms of force projection. However, Full Spectrum Dominance is the most capital intensive activity on Earth and requires continuously escalated funding. So with "Cyberwar" getting a bored response from the body politic, we've got some product testing underway in 2012 and the "Lone Wolf" angle is a promising pitch.

Which is not to say the concept is something new: it predates Lee Harvey Oswald and James Earl Ray, tracing back to a mostly forgotten man named Andrew Kehoe. He was a Michigan native and local school board treasurer, a perfectly unremarkable man who killed 44 people on the morning of May 18th, 1927.

There is seldom much value in the details of crimes like these, but what Andrew Kehoe did deserves scrutiny just the same. Like many spree killing incidents, it began with a domestic homicide when Kehoe woke up, killed his wife, and set fire to every building on his failing farm. This was not a psychotic break, but the beginning of a meticulous plan that hinged upon predicting the response of authorities and maximizing damage and fear. When the fire department and police responded to the housefires, Kehoe was detonating over six hundred pounds of explosives somewhere else. He had spent months slowly wiring inside the walls of nearly every room in the Bath Township elementary school, which was just starting their first classes of the day.

Fortunately, Kehoe was not meticulous enough and the majority of the charges never went off. Despite that, the explosion killed dozens of children and teachers. In the aftermath, Kehoe drove his truck back to the scene and detonated the entire vehicle, which he had built into a massive shrapnel bomb. The next day, investigators pulling unused explosives and dead animals from the wreckage of Kehoe's farm found a stenciled message on the perimeter fence: "CRIMINALS ARE MADE, NOT BORN." All this ten years prior to television sets becoming commercially available in the United States.

After the fires of Andrew Kehoe were finally out, the town of Bath demanded a grand jury inquisition to determine who was at fault. They concluded that "Kehoe conducted himself sanely and so concealed his operations that there was no cause to suspect any of his actions."

The man in the cage is Leon Czolgosz, who assassinated president William McKinley in 1901. He was a self-proclaimed Anarchist, as they often are. It was already the third time that America's elected leader had been killed with a firearm, and Czolgosz himself was merely a copycat, imitating the world famous crime of Gaetano Bresci. In 1898, New Jersey activist Bresci vowed to kill the king of Italy in retaliation for the Bava-Beccaris Massacre, an Italian strike turned shooting gallery which killed over 100 civlians, mostly activists and union organizers.

Two years later, he looked directly into the mighty moustache of Umberto I and shot him 5 times in the chest, standing in the middle of a beautiful summer day in the Italian city of Monza. One year later, William McKinley was murdered in the Temple of Music by man he never knew. Leon Czolgosz was just another face in the crowd.

Nobody saw him coming. As usual.

As ad copy for enhanced security goes, the "Lone Wolf" argument is compelling and concise. "There's no way you can prevent it. There's absolutely no way. It was random. It happened. There was nothing that could have prevented that unless someone saw him loading his car with guns." That's Peter Ahearn, retired FBI agent (and more), diagnosing the recent incident in Aurora.

Of course, "there's absolutely no way" is not an answer consumers want to hear. That void will be filled, in strange but predictable ways. Civil society is a very thin veneer, and although Bruce Schneier is factually right about the "Security Theater" of DHS checkpoint theory, those systems aren't exactly there because they work or something. It's what the consumers wanted. Impulse purchases can usually be returned, but impulse legislation is far harder to deal with.

"Lone Wolf" is something pundits can really tear into. It's already been through the online content cycle long enough to get critiqued by Stratfor: "Cutting Through the Lone Wolf Hype" takes two approaches, dismissing the perpetrators as "stray mutts" and insisting that truly dangerous individual operators are quite rare, in terms of the larger domesticated population. Both points are mostly true.

Throughout the strange history of single perpetrator mass killings, one pattern that emerges is how often their simple mistakes can save lives at every turn. Nearly a century after the incident at Bath School, potential Lone Wolf types have a new asset: a media driven learning environment. Monsters or not, these murderers are celebrities now and their actions are analyzed in careful infographic detail.

As Peter Drucker teaches: "What gets measured gets done."

If an angry young man with an AR-15 and a tactical vest qualifies as a "Super-Empowered Individual," then the phrase means nothing at all. Mass shootings are horrifying precisely because they are so easy, basically only requiring a functional credit card and an empty soul. The perpetrators themselves are bland emotional cripples, yet their poodle complaints are elevated to the status of breaking news.

The Terrorism Research Initiative did a recent essay on "Preventing Lone Wolf Terrorism" and part of their conclusion is worth quoting here:

"...exactly because lone wolves - although operating alone - draw inspiration from other extremists or ideologues, disseminating counter narratives ought to be an important element of an effective CT strategy. A crucial ingredient of counter narratives is the de-legitimisation of perpetrators and their acts and the falsification of their ideologies...it is important to refrain from handing them the public theatre they strive for. "

Park Dietz: "We've had twenty years of mass murders throughout which I have repeatedly told CNN and our other media: If you don't want to propagate more mass murders, don't start the story with sirens blaring. Don't have photographs of the killer. Don't make this 24/7 coverage. Do everything you can to not make the body count the lead story, not to make the killer some kind of anti-hero. Do localize the story to the affected community and make it as boring as possible in every other market. Because every time we have intense saturation coverage of a mass murder, we expect to see one or two more within a week." 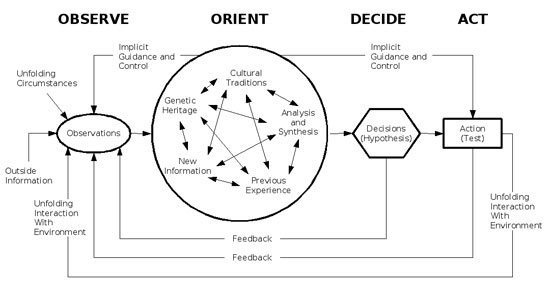 What makes 5GW interesting isn't the democratization of violence and spectacle, because again, that's just basic terrorism. There's not much to analyze in terms of a gas-powered automatic weapon in a crowded room full of unarmed people. 5GW is not about the ability of individual actors to kill civilians or even hit hardened targets, it's about the ability of individual actors to challenge institutions and nations.

The growing asymmetry of power that converging technologies provide is what distinguishes the open horizons of 5GW from the closed abbatoir loops of 4GW. When Liang & Xiangsui wrote about "Unrestricted Warfare," they didn't have a bunch of Woo Bum-Kon impersonators in mind, they were outlining a method of leveraging systems and processes against themselves, a means of enacting sabotage invisibly and continuously.

What about the real deal SEIs? They're mostly the subject of internet conspiracy theories, appropriately enough. George Soros, John Rockefeller, Jr. and the Brothers Koch are all boogeymen to someone, but the bigger picture is a global ecosystem of billionaire operatives pursuing both overlapping and contradictory goals. There are thousands and thousands of them. Most of them are completely gone on some terminal ego trip and barely in touch with the world they want to remake in their image.

Focusing on individual perpetrators can only become overwhelming, so take some advice from Barbara Bush and don't trouble your beautiful mind about The 1%. Instead, take the John Nash approach -- the real John Nash, pathologically obsessed with game theory and iterations of the Prisoner's Dilemma. This "Lone Wolf" stuff might be watered down, but it's still bitter and strong. There are no deliverable solutions and no technological fixes.

That bleak conclusion is exactly where 5GW should logically begin.