The Greatest Achievement of Organized Science

I first saw this image in a photo book about World War II that I read in sixth grade, and it's been stuck in my mind ever since. The caption was just some general text about the "devastation of Hiroshima," but I noticed it was actually a large pile of burned human bodies in the middle of a city street. The object in the upper left hand side is a delivery truck with it's front grill melted off and a door hanging open. All this happened in a fraction of a second at about 8:15 in the morning. These people were starting a daily routine, walking to work, loading and unloading, waiting for rides. The weapon that did all this wound up detonating directly over a hospital.

On the same page, Harry S. Truman again reminded me that this carnage was sadly unavoidable: "My fellow Americans, the British, Chinese and United States governments have given the Japanese people adequate warning of what is in store for them. The world will note that the first atomic bomb was dropped on Hiroshima, a military base."

The citizens of Hiroshima, of course, were never consulted about any of this. Civilians were collateral damage, acceptable losses. The Japanese government let all this happen on purpose. Not just through refusing to surrender, either: the Japanese air defenses allowed the Enola Gay, Great Artiste and Necessary Evil into the airspace above Hiroshima because they were trying to conserve gas at the time, and a force of three planes was not large enough to justify sending up aircraft after them. On every level of scale, the pattern repeats: small groups of men making decisions they themselves will never bear the consequences of.

The willingness of the Japanese leaders to let other people die for the sake of their own power is disturbing, but since I first saw the images of Hiroshima, I've been equally fascinated by the willingness of the United States to murder women and children in order to "send a message" to their actual enemies. World War II was a crisis point that laid bare some ugly facts that aren't usually so stark and clear: that we are all essentially hostages to our governments, our leaders.

"We think the price is worth it," said Madeleine Albright, when she was asked about half a million dead children in Iraq. Of course, none of her three daughters had actually died -- she was talking about the price that The Little People were paying, somewhere else. In that, she's little different from any other world leader. The price is always worth it, and that price is always paid by someone else.

World War II is often referred to as the Last Just War, a clearly worthy conflict, but to the various species observing our global petri dish from the outside in, it was a slaughterhouse. A battle of monsters against monsters, a conflict that was ultimately won by a single nation: the United States of America. (That was thanks to timing and geography as much as industry and military.) Every major power involved in the war demonstrated a consistent willingness to kill huge numbers of civilian targets.

It all seems like such a colossal waste, doesn't it? The human organism is far too fragile and miraculous to be destroying in bulk like this. Viewed as a single super-organism, though, World War II represented a loss of 3-4% of our total cells, followed by 20 years of record population growth. From space, perhaps, World War II was not a slaughterhouse so much as a forest fire, the catastrophe that gives birth to an explosion of new life, growth, and novelty.

"The universe does not look like a lot of bright little dots to the creatures from Tralfamadore. The creatures can see where each star has been and where it is going, so that the heavens are filled with rarefied, luminous spaghetti. And Tralfamadorians don't see human beings as two legged creatures, either. They see them as great millepedes -- with babies' legs at one and old people's legs at the other." -- Slaughterhouse Five

I know there's truth to that, but as a human being, there's not a whole lot of meaning. It's a perspective that I can consider intellectually, holding it in my head to savor the flavor, but I certainly don't live there. Every dead child is just a dead child to me, not a random act of physics, not a single step towards some greater synthesis: just a vast invisible pyramid of perfectly preventable tragedies, from here to eternity. Around the world, our leaders have nothing to offer us but more of the same.

Don't mistake me for some sort of Luddite, though. This is not about how "Science" leads to industrialized genocide and nuclear weapons -- although it does. This is about a specific kind of problem. Science in the service of the state, the science of power and force. Our leaders, both corporate and political, are primarily interested in science as a weapon. A weapon against us. The long Cold War that followed World War II made this pathology even more apparent, as the entire world faced the prospect of utter annihilation because of a conflict that most of them wanted nothing to do with.

World War II represented an explosion in human scientific experimentation, but what's most striking is how little they learned. The horror stories of Unit 731 and Josef Mengele were not massacres or murders, they were deliberate and carefully measured atrocities, torture for the sake of utterly useless knowledge. Reading about the human use of human beings in these nightmare labs, I am most impressed by how pointless it all was, like a child tearing apart a toy just because he can. The war machines of all nations are true believers in the mechanical model of human beings. Decades later, "organized science" discovered that the mystics were right all along, and human beings actually glow, but this is not something you find out by strapping them to a metal table and cutting them open. 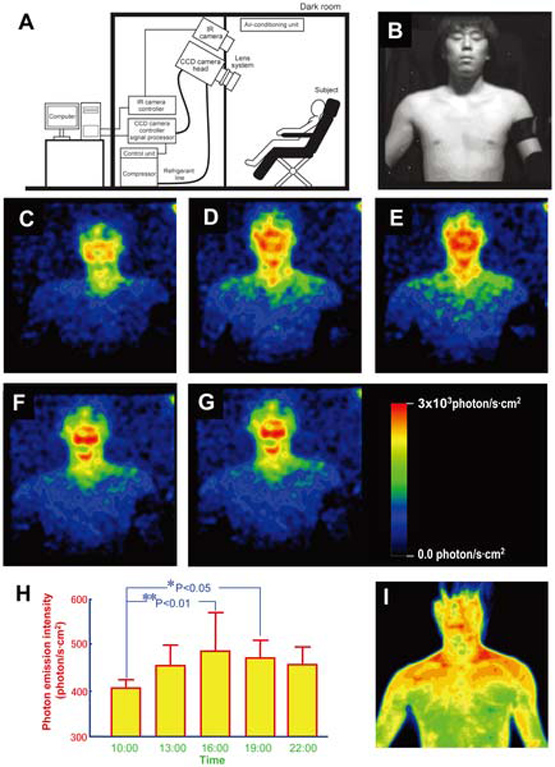 "The most advanced piece of technology present on this planet is the human being. No mechanical technology has anywhere near the versatility of a human system. Someday the soldiers of the world may come to their highest ideals and realize that only they can agree to disarm the world time bomb." -- Jim Channon

Science has a great deal more to offer than nuclear weapons and novel new ways to die. The is not a rejection of the Method. Despite the massive, ongoing casualties we're discussing here, this is only an indictment of a tiny minority, compared to the whole sprawling creative network of Organized Science. Just the same, it's essential to recognize that this tiny minority, due to tremendous wealth and power, has warped the basic worldview of science over the past century, leaving us in a very strange place.

McLuhan: "In his Landmarks of Tomorrow, Peter F. Drucker has pointed to Operations Reserach as "organized ignorance." It is a procedure in tackling problems which resembles the "negative capability" of Keats -- a sort of intellectual judo. Instead of straining all available effort on a visible goal or problem, let the solution come from the problem itself. If you can't keep the cow out of the garden, keep the garden out of the cow. Albert North Whitehead was fond of saying that the greatest discovery of the nineteenth century was not this or that invention, but the discovery of the technique of invention itself. It is very simple, and was loudly proclaimed by Poe, Baudelaire, and Valery, namely, begin with the solution to the problem, and then find out what steps lead to the solution. In other words, work backwards.

Such is Operations Research, in which metallurgic problems are tackled by psychologists and historians but not metallurgists. For the expert knows too much about a problem in advance. He sees why it is impossible. But teams of intelligent non-experts, not seeing the difficulties in advance, have time and again won through, and at high speed. The new pattern in management is small teams of men of varied competencies, not the pyramid of job hierarchies."

Peter F. Drucker, like most of my teachers, is a dead man. He passed away in 2005, although back in the WWII time zone, he was teaching classes at Bennington and breathing Vermont mountain air every day. McLuhan is dead, too, and all too human. I've had so many heroes turn out to be egotists and con artists, who then turned out to be more or less exactly like me. I don't expect people to give me The Answers anymore, and hopefully by 2025 I will no longer expect that of myself, either. My problem with leaders as a species, with the alpha males of every government on Earth, is that they always have The Answers. Speaking in Answers is all they can do. Can we break the cycle this century and stop being led by the least among us, by this endless succession of smiling sociopaths? Do we really need this bullshit?

Either way, Brainsturbator is here for the sake of synthesis more than solutions. We're here to keep it moving. There is currently no Operations Research project underway to develop the disciplines of permaculture, piezoelectric and cymatic effects, and biotech into an actual living interface that we water and feed and connect to the Earth itself with. That needs to happen, right? Where are the high school Space Flight Competitions? And is it true that the GFP cells in luminous jellyfish species actually purify water at incredible efficiency levels?

Will this century be different? The most important technology we don't have yet is the Universal Translator. World War II was dominated by the Manhattan Project, but in 2010, many other countries are running circles around American science. Millions of young geniuses dreaming up the New Future, and over here we don't even have the subtitles for it yet. World Peace should be easy. The vast majority of human beings have never had anything to do with any wars. History tells us conflicts are grand theater, but yet there are so few actors involved -- most of us exist only as victims, extras with exploding blood bags whose names never make the credits. I would like to see that change within my lifetime. I would like to suggest that it fucking has to.