Tracing Our Own Constellations 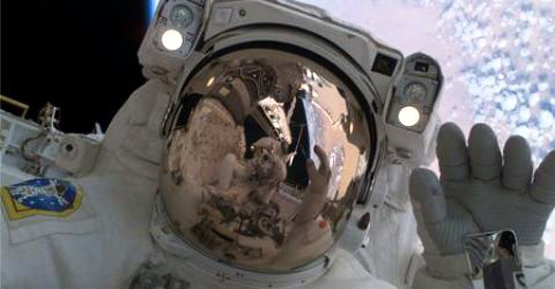 It's not so much that I disagree with you about what the data points mean -- it's that I don't think our data points matter. We're still in the brainstorming phase, here. We still need to find the right geometry of "weird" facts and anomalous patterns to make the New Revelations click, but we can say with confidence that our ignorance outstrips our knowledge. This inherently makes the future a smarter place to be, right? We're not here to argue our idiot opinions against other idiot opinions, we're here to move past them, constantly. 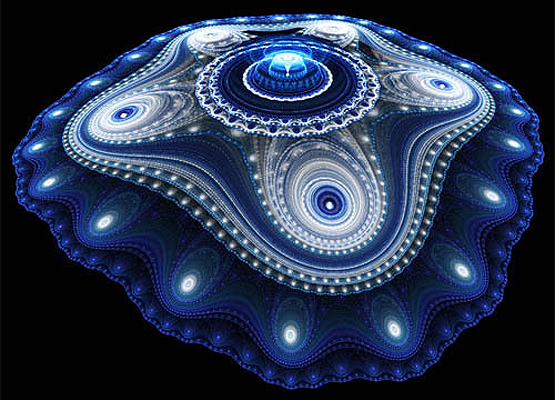 I'm betting that remixing at random with cultivated content -- or Glass Bead Gaming -- will prove a more fruitful approach for 2010 than actually engaging in the usual synthesis cycle. There are smarter kids who will work the details out later. We don't have to be experts, but we do have to be creative. Keep it moving, too -- if you get stuck on the same shit too long, you wind up doing speaking tours, writing books, and marching towards death still talking about an idea you had in your twenties. There comes a time to let go, and that time is always now.

I am learning to like being wrong. I think this is an important skill. Scientists have all the facts but no real answers, and mystics are always right but only on meaningless issues. In assessing human potential, our Invisible College is faced with a wealth of contradictory data, much of it deliberate distortions and disinformation. I see my own Work in these early months being the collection and synthesis of the galaxy full of factoids spiraling around the concept of ESP and human psychic capacity. 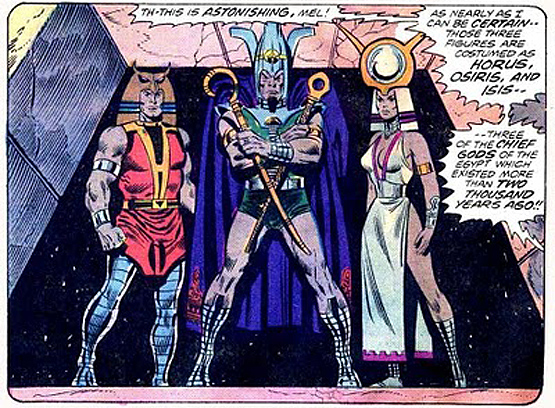 "My understanding of science changed. I used to think that scientists were dogmatic, particularly when it comes to considering other species as anything other than machines. Instead I found a broad base of scientists studying biology with open minds."

"Find the Others," said the Doctor. But why exactly? To make us all better off...or just to lure us all out into the open?

What do we call ourselves in 2010? Do we need a new noun, or is it better that the Game remains nameless?

UFOlogy is a fallen science, almost was, never will be, and far too narrow a niche, besides. "Parapsychology" has been a mere epithet for decades. It's the same problem that the cool kids have always had to face: anything we formalize gets co-opted and sold back to usâ€¦subverted into parody and reduced to sound bite simplicity. 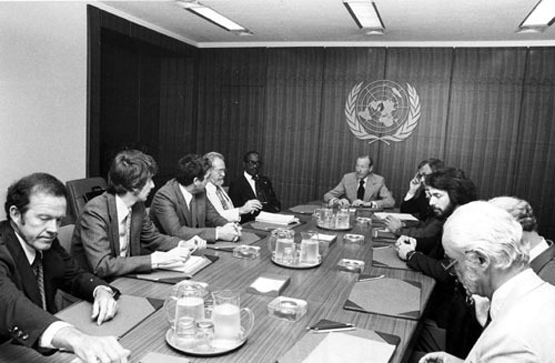 All that secrecy used to be necessary, right? Templar codes and Rosy Crosses? Back when the Catholic Church would kidnap and torture youâ€¦back when the NSA still cared enough to harass UFO witnessesâ€¦back when the Freemasons took those vows much more seriously than they do today. Perhaps, now that nobody's listening, we can finally speak freely. 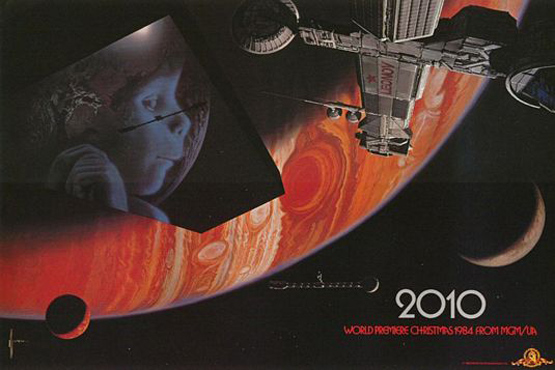 Ours is a Secret Science

BAUDRILLARD: "In the future, power will belong to those peoples with no origins and no authenticity. It will belong to those who, like America from the beginning, can achieve deterritorialization and weightlessness and figure out how to exploit the situation to the full extent."

pg. 268: “Clearly, the ushering of a new aeon -- of Horus, the child -- is no minor task, perhaps especially when the wild and difficult characteristics of children are taken into consideration. Whereas the features of motherhood and fatherhood are, by and large, relatively easy to recognize, those of newborns and youngsters are more fluid and elusive. Children are spontaneous, excitable, inquisitive and consumed by the excitement of living in the here and now If there is such a thing as the Aeon of the Child, then those of us who live in the era of it's birth should realize that we are in for a bumpy ride.

"Another characteristic of children is the natural psychic ability that seems to come as part of the human "package," only to fall away dramatically as the reality consensus â€” the shared, unspoken belief that the paranormal is only good for science fiction and ghost stories but has no basis in fact â€” begins to corrode their heightened sensitivity. As parapsychologist Dr Ernesto Spinelli has demonstrated, the younger the child the more psychic he or she is. It is as if children really do come into the world "trailing clouds of glory," as William Wordsworth so memorably put itâ€¦Paranormal abilities are a double-edged sword, however."

John Keel: "I abandoned the extraterrestrial hypothesis in 1967 when my own field investigations disclosed an astonishing overlap between psychic phenomena and UFOs. The objects and apparitions do not necessarily originate on another planet and may not even exist as permanent constructions of matter. It is more likely that we see what we want to see and interpret such visions according to our contemporary beliefs."

HOWARD BLOOM: "An infant's brain is sculpted by the culture into which the child is born. Six-month olds can distinguish or produce every sound in virtually every human language. But within a mere four months, nearly two thirds of this capacity has been sliced away. The slashing of ability is accompanied by ruthless alterations in cerebral tissue. Brain cells are measured against the requirements of the physical and interpersonal environment. The 50% of neurons found useful thrive. The 50% which remain unexercised are literally forced to die. Thus the floor plan underlying the mind is crafted on-site to fit an existing framework of community. 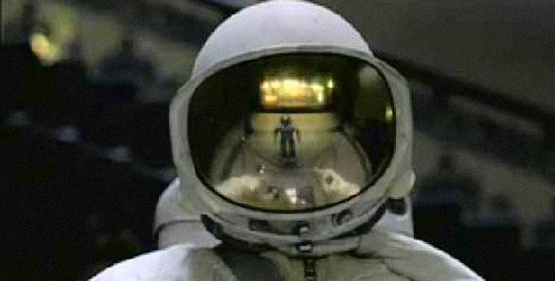 "When barely out of the womb, babies are already riveted on a major source of social cues. Newborns to four-month-olds would rather look at faces than at almost anything else. Rensselaer Polytechnic's Linnda Caporael points out what she calls "micro-coordination", in which a baby imitates its mother's facial expression, and the mother, in turn, imitates the baby's. Since psychologist Paul Ekman, as we'll see later in more detail, has demonstrated that the faces we make recast our moods, the baby is learning how to yoke its emotions to those of a social team. Emotions, as we've already seen, craft our vision of reality. There are other signs that babies synchronize their feelings to those of others around them at an astonishingly early age. Empathy â€” one of those things which bind us together intimately â€” comes to us early. Children less than a year old who see another child hurt show all the signs of undergoing the same pain."

We seek communication with Higher Intelligence, we thirst for new horizons, new challenges, new ideas. We are the children of the Kali Yuga and you will die bitter if you think you deserve our respect. Let that shit go, Old Men and Grand Masters of All Traditions: your time has left and your Gods are fallen. The future smiles with sharp teeth. 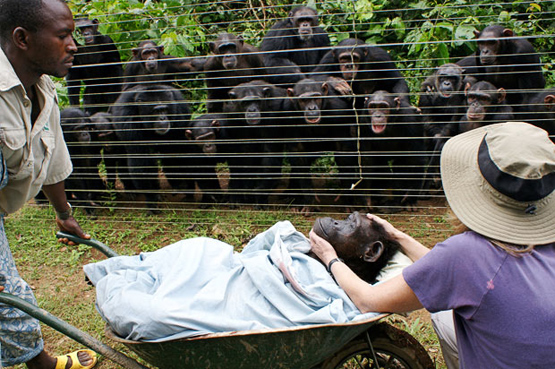 Insert metaphor that ties all this together. General words of encouragement, colorful description of hopeful future horizons. Token admission that future mutants with psychic superpowers might be so dangerous it creates a nightmare dystopia. Strong statement that the benefits outweigh the risks, followed by an open-ended concluding sentence that sounds deeper than it actually is. Curtains. Finis.